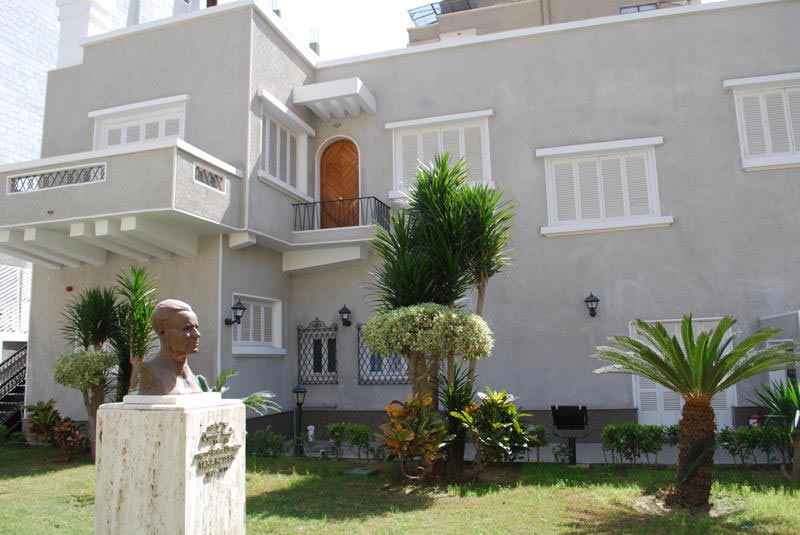 Taha Hussein is one of the most important names of Modern Arabic Literature. He’s also a leading social and political reform who struggled for the provision of education to the poor and emancipation for women.

Dr. Taha Hussein (1889-1973) is the doyen of Arabic literature and one of the most celebrated figures of Egyptian contemporary cultural and intellectual history.

He emerged from the Egyptian countryside and from the cloisters of Al-Azhar University to enrich the Arabic library with more than fifty books dealing with literature, history, philosophy and education. Almost all his books have been translated into several languages.

Dr. Taha Hussein transcended the reality in which he lived by opening up to the study of humanities without losing his originality.

He was awarded more than 36 Egyptian and foreign decorations foremost among which was the Collar of the Nile which is the highest decoration in Egypt conferred on Kings and Heads of State. He also obtained the United Nations Prize for his achievements in the field of human rights.

He occupied senior university posts including a professor of ancient history of Arabic literature, dean of the Faculty of Arts at Cairo University, a general supervisor or of culture at the Ministry of Education, Rector of Alexandria University, and chief Editor of “A1 Katib A1 Araby” (The Arab Scribe) magazine.

In 1950 he was selected as Minister of Education. He introduced a number of reforms most important of which was the establishment of the principle of free education in Egypt.

In recognition of all Dr. Taha Hussein’s achievements for Egypt the State bought his residence in the Pyramids district after his death and converted it into a museum carrying the name “Ramatan” which literally means in Arabic the two oases where traveling caravans stop to take rest.

As Dr. Taha Hussein was keen on having his son Dr. Moeniss share his residence, he designed the villa with two entrances to preserve each one’s privacy and freedom.

That is why he called it Ramatan or two places of rest for him and his son.

The Taha Hussein Museum or Ramatan is opened at Hussein’s two- floors villa, in which he lived from 1955 until his death. His widow died in 1989.

Taha Hussein Museum’s the ground floor houses Dr. Taha Hussein’s study and a part of his 7,000 book library, first floor is now a showcase for the landlord’s publications, studies and foreign books he translated into Arabic.

The first floor in Taha Hussein Museum also has Dr. Hussein’s study and a great reception, in which he used to entertain pre-eminent members in the literary community, writers, artists and art scholars on Sundays.

In one of the corners of this hall stand a huge piano, a gramophone and records of rare musical works by Schubert, Verdi, Bach, Mozart, Schumann and others.

The top floor in Taha Hussein Museum has three bedrooms and a small hall where there is a closet enclosing all the decorations, medals and orders which the Doyen received during his lifetime.

The garden has a bust for Dr. Taha Hussein by the noted Egyption sculptor Farouk Ibrahim. A smaller building designed in the same style of the villa has been converted into a cultural center which will be used for holding seminars and cultural exhibitions to keep Dr. Hussein’s legacy alive .