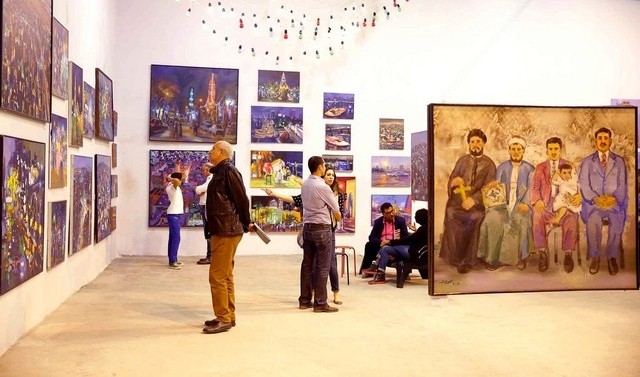 The idea of establishing a museum to exhibit modern Egyptian art masterpieces was first introduced in 1925 by Mohammed Mahmoud Khalil, a famous Egyptian fine art fan.

Following a joint exhibition by Egyptian and foreign artists at the Cairo Arts Saloon, Khalil decided to purchase some of the exhibited items to be the cornerstone of the Museum of Modern Egyptian Art.

Khalil,the founder and chairman of the Egyptian Fine Arts Lovers Association, decided to display the art works in a large room at the association’s headquarters.

Several years later, the donations of fine art aficionados filled the room and the Ministry of Education decided to move the Museum of Modern Egyptian Art to a new headquarters at Mousiri Palace. In 1931, the Museum became an independent art authority.

During the World War II, the headquarters was moved to several palaces with “Fin De Siecle Architecture”. The genius Loci of these headquarters suited the rare items on display.

In 1986, the government, through the Ministry of Culture, stepped in and decided to move the Modern Egyptian Art Museum and its affiliated art and cultural activities to its current headquarters in Gezira.

This headquarters was built in 1936 and designed by renowned architect Moustafa Bey Fahmi. It took the government five years of extensive work to prepare the building for displaying the rare collections of the Museum

The building is now contributing to the development of the fine art movement in Cairo and the region.

The Gezira Center for Modern Art

The Museum now displays more than 10,000 paintings and sculptures that represent the development of the Egyptian art movement from the pioneers of the early 20th century to the contemporary art trends.

Among the most celebrated artists whose works of art are displayed in the Museum are :

Mohammed Nagui : a former diplomat who advocated his life to fine arts and reflected the Egyptian milieu, traditions and cultural heritage in most of his work.

Youssef kamel : an impressionist artist who produced masterpieces about the Egyptian countryside and traditional markets.

Mahmoud Said : an Alexandrian artist who quit his judicial career and dedicated his efforts to enhance the Egyptian Art Movement through his new style and techniques.