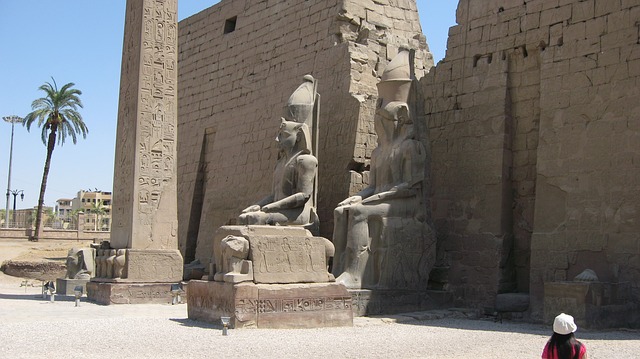 Luxor Temple Founded perhaps as early as the reign of Ahmose, but begun certainly by the time of Hatshepsut, Luxor Temple was constructed primarily during the reigns of Amenhotep III and Ramesses II (all during the New Kingdom, ca. 1500-1200 BC).

Other kings, including Tutankhamun, Horemheb, and Alexander the Great, also added decoration or minor structures to this gem-like temple.

It is approached by an avenue of human-headed sphinxes, which link it to the Karnak complex some 3 km away.

The entrance pylon, built and decorated by Ramesses II, was once graced by two obelisks (one of which is still in situ and the other of which is now in Paris) and six colossal royal statues.

Dedicated to the ka of the Egyptian king, and to a special form of Amun as a fertility god, this temple was the focus of the Opet Festival.

During this great annual celebration of royal renewal, statues of the royal family and divine images of the Theban triad were brought in procession from their principal homes in Karnak Temple.

In the 11th century AD, a mosque (Abu el-Haggag), still in use today, was built on top of the temple.

BY PLANE: Luxor has an international airport serviced by EgyptAir and many other airlines.

BY BUS: Buses run regularly from Cairo to Luxor.

BY TAXI: From within Luxor, ask for maabd el uqsor. 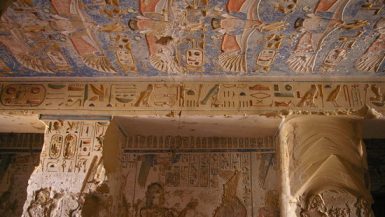