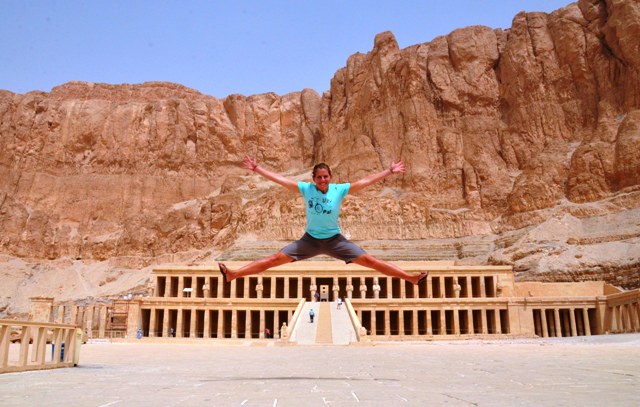 Valley of the Queens : Exploring The Tombs of Pharaohs Wives

Valley of the Queens | Ankh |

The Valley of the Queens lies southwest of the village and temples of Medinet Habu and roughly 500 meters west of Deir el-Medina, on the west bank of the Nile in Luxor.

Hidden in a Y-shaped ravine in the western cliffs, the valley served as a necropolis for the tombs of royal family members and the elite, with about 90 numbered tombs belonging to queens, princes, and high officials of the New Kingdom (1550-1070 BC).

The location of the site was probably chosen because a large storm in this area would bring about a dramatic overpouring of water from the rock cleft at the site’s western end.

This may have contributed to its magical atmosphere and association with the great mother goddess Hathor.

Valley of the Queens

By the end of the reign of Ramesses III, the Valley of the Queens was seeing extensive use.

During the Third Intermediate Period (ca. 1070 – 712 BC), some tombs were reused and modified as family concessions for the members of the Theban minor clergy and personnel in charge of the agricultural estates of Amun.

Finally, during the Roman Period (30 BC – 364 AD), the tombs were again reused for the burial of animal mummies.

The Tombs in Valley of the Queens

Many of the tombs in the Valley of the Queens fell victim to robbery in antiquity. The late New Kingdom Abbott Papyrus, now in the British Museum, describes an inspection of the valley and mentions the tomb of Queen Isis (QV 5), which had been disturbed. Other thieves have attacked and vandalized the tombs over the millennia, so few artifacts were found in situ here.

An Italian mission from the Turin Museum performed the first scientific excavation of the site during the early 1900s. Ernesto Schiaparelli, an Egyptologist working for the Italian mission, discovered the tomb of Queen Nefertari (QV 66), wife of Ramesses II, in 1905; it is now regarded as one of the most beautiful tombs in Egypt.

It has recently undergone extensive restoration through the cooperation of the Ministry of Culture, the Egyptian Antiquities Organization and the Getty Organization.

The tomb remains closed to the public due to its fragile state. Other well-preserved tombs in the valley include that of Prince Amunhirkhepshef, Queen Titi, and Prince Khaemweset.

The Valley of the Queens may hold secrets to yet to be revealed, as some of its tombs, such as that of Isetnofret, a secondary wife of Ramesses II, are still lost beneath the sands.

Valley of the Queens Location and Directions

LOCATION: On the West Bank, opposite Luxor.

BY FERRY: From Luxor, there is a local ferry called the “National Ferryboat” that runs from the Corniche. You will have to catch a taxi once you reach the west bank.

BY TAXI: Taxis from Luxor will be more expensive, but you can ask to go to wadi el malkat from there, or take the ferry across to the west bank and catch a taxi from the dock.

BY BUS: You should be able to rent a minibus from Luxor; many are run through hotels or tour groups.

Valley of the Queens Ticket Prices

Includes admission to the area and to the following tombs: Titi, Amunherkhepshef, Khaemwaset:

Student rates are available to bearers of a valid student ID from an Egyptian university or an International Student ID Card (ISIC).