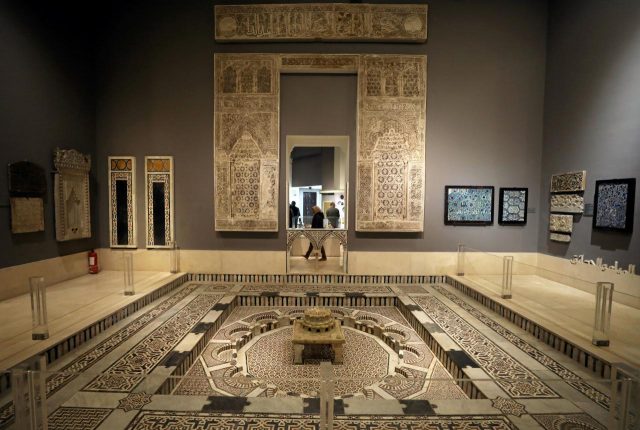 Museum Of Islamic Art in Cairo : All You Need To Know

The museum of Islamic art in Cairo is truly a wonderful reservoir of Islamic antiquities. It has a vast supplement of about 10200 artifacts that one cannot explore in a single day.

The museum displays arts from the different Islamic eras that Egypt passed through including the Fatimid, Turkish and Persian periods.

The Present  Museum opened at the Gallery of Arab Antiquities in 1881 during the Reign of Khedive Tawfiq.

A Collection of 111 objects gathered from old mosques and mausolea of Egypt was originally exhibited in the arcades of the eastern Cloister of the mosque of the Fatimid Caliph Al-Hakim 996-1021 A.D. adjacent to the rapid increase in the holdings a new building was constructed in the courtyard of the same mosque in 1883 to house the enlarged Museum.

By 1899 the government began to construct the present building hosting 3154 objects that were exhibited to the public in the ground floor.

The bulk of the various collections of the museum originate from Egypt and the Arab countries, and as the other regions where Islam dominated.

The name of the museum was officially changed to the more comprehensive “ Museum of Islamic Art “ in 1952 in recognition of the positive contribution of non-Arab Muslims.