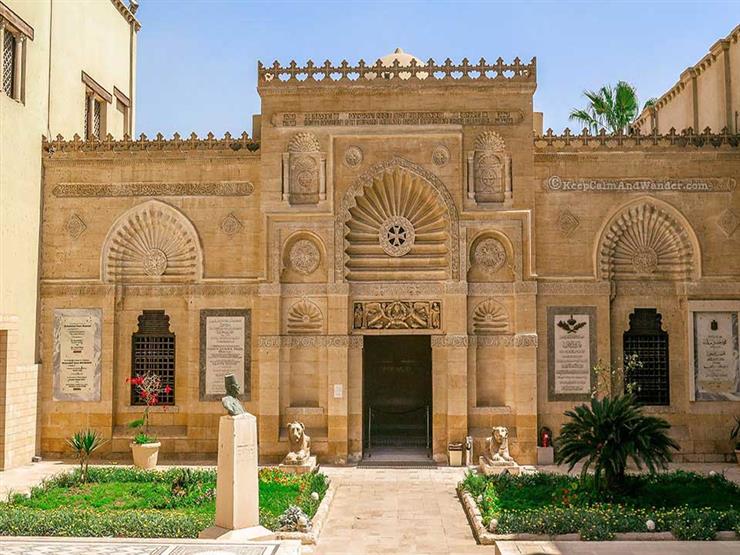 Interest in Coptic art was revived at the end of the 19th century when Mr. Gaston Maspero, a French Egyptologist, brought together many pieces in dedicated rooms of the Egyptian museum.

In 1908, Marcus Simaika Pasha, having obtained the approval of Patriarch Kyrillos V, succeeded in getting the Coptic Museum built on a plot intended for the construction of a church.

The Coptic Museum was first inaugurated in 1910, then again in 1984 following restoration. It became a State museum in 1931 and its collections bequeathed by family legacies and donations have continued to grow.

In 1939, the Service of Antiquities decided to transfer the totality of the Christian Antiquities exhibited in the Egyptian Museum to the Coptic Museum. Since then, all findings originating in Christian sites have automatically gone to the Museum.

Coptic Monuments are considered as a liaison between Ancient Egyptian Art during the Pharaonic and the Graeco-Roman periods on one hand and the Islamic era on the other. This fact granted these monuments a great importance in the Egyptian Art in general.

The finest collection of Coptic art and antiquities in the world, including illuminated manuscripts, icons and textiles.

The Coptic Museum is a museum in Coptic Cairo, Egypt with the largest collection of Egyptian Christian artifacts in the world. It was founded by Morcos Smeika Pasha in 1910 to house Coptic antiquities.

The Museum traces the history of Christianity in Egypt from its beginnings to the present day. It was erected over a land offered by the Coptic Orthodox Church of Alexandria under the guardianship of Pope Cyril V. The Museum houses the world’s most important examples of Coptic art.

The Museum contains the world’s largest collection of Coptic artifacts and artwork. Coptic monuments display a rich mixture of Egyptian, Greek, Roman, Byzantine and Ottoman traditions, thus providing a link between ancient and Islamic Egypt. The objects are grouped into different mediums, such as stonework, woodwork, metalwork, textiles and manuscripts.

The total number of objects on display is about 15,000 objects.

The Museum occupies an area of 8,000m2, buildings and garden included. Ever since the founder initiated the project, the Coptic community has been active in filling it with precious and rare pieces.