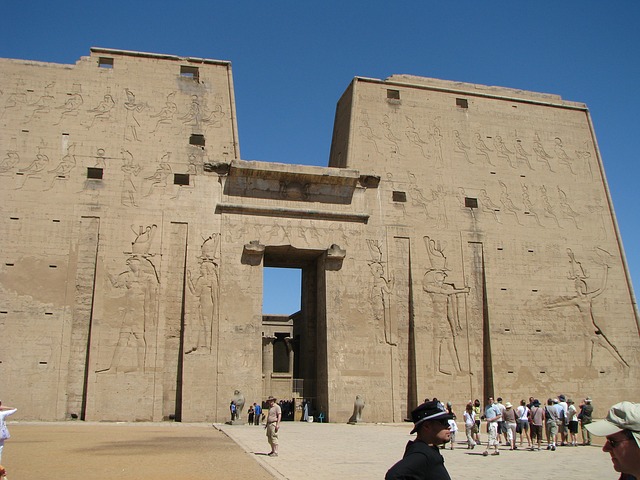 Temple of Horus | Edfu Temple : One of The Best Pharaoh Temples

The site of Edfu contains the most complete and best-preserved temple in Egypt, the Ptolemaic Temple of Horus, or Edfu Temple This was constructed between 237 BC and 57 BC on top of the remains of earlier temples.

The reliefs that cover the walls, columns, and doorways of the temple constitute an extremely important source of information about ancient Egyptian religious and political thought.

Among the most interesting of these reliefs tell the story of Horus exacting his revenge on Seth for the murder of his father, Osiris, an event that was re-enacted annually in the Temple of Horus.

Other reliefs recount the stages of the temple’s construction, and provide dates for the completion of different building elements.

Objects of note in the Temple of Horus include a colossal statue of Horus as a falcon, which stands at the entrance to the main temple building, and a granite shrine (naos) of Nectanebo II (c. 360-342 BCE); this is the oldest object in the Edfu Temple and probably belonged to an earlier building.

It now stands in the sanctuary. The Temple of Horus complex also includes the remains of a birth house (mammisi) and the base of a pylon belonging to a temple of Ramesses III.

The Edfu Temple was once part of a larger settlement area that extended westwards beyond the complex and flourished from the Old Kingdom to the Greco-Roman Period. Several cemeteries were also associated with the settlement.

The site of Edfu contains the most complete and best-preserved temple in Egypt, the Ptolemaic Temple of Horus. This was constructed between 237 BC and 57 BC on top of the remains of earlier temples.

Temple of Horus at Edfu is on the west bank of the Nile, about 115 km south of Luxor and 105 km north of Aswan.

BY BOAT: Edfu is a popular stop along the Nile for the cruise boats and can also be reached by felucca. Though from the docks, you will have to take a second form of transportation – either a taxi or a carriage.

BY TRAIN: The train station is on the east bank of the Nile, and is about 4 km from the site. You will have to hire private transportation to and from the station.

BY BUS: The Upper Egypt Bus Co. runs buses to and from Luxor (10 LE) and Aswan (7 LE) from Sharia Gumhiriyya.

BY CARRIAGE: A popular choice to get to the temple is the horse-drawn carriage, or the caleche. Be sure to take the same numbered carriage on the return.

BY TAXI: Within Edfu, ask for maabd Edfu. From Luxor, a convoy leaves for Edfu daily at 7 am.

The entrance to the Edfu Temple complex is lined with kiosks selling souvenirs to tourists, and these are also found in the stores along the Nile by the docks.

Small food kiosks sell the basics, and there are a few cafés along the Nile. Edfu also has a pharmacy, bank, and police office not far from the temple. 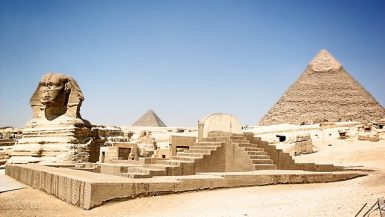