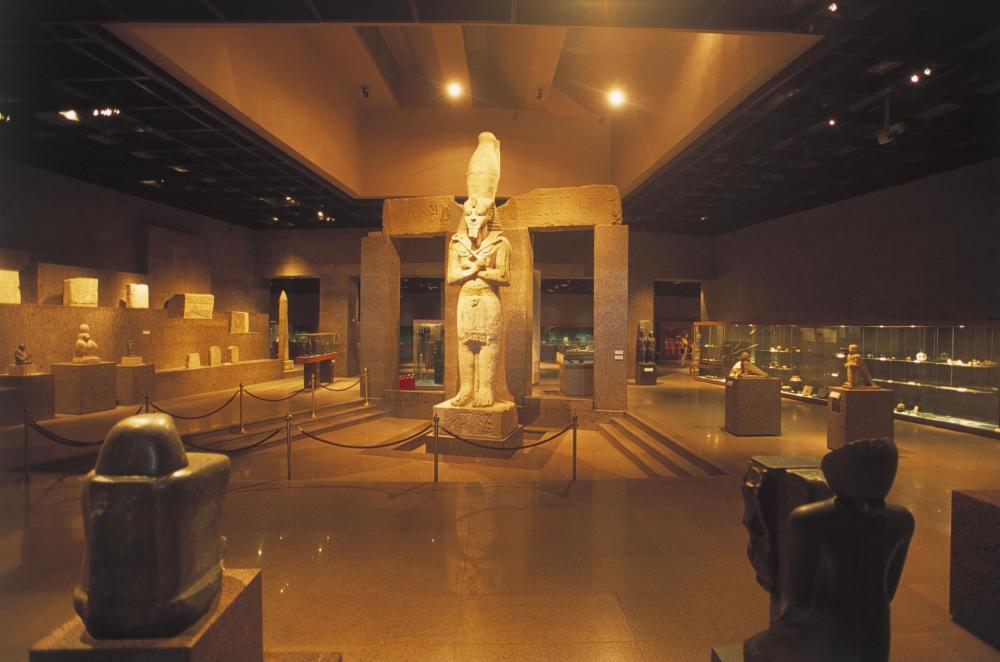 Nubian Museum In Aswan: Discover The Land of Gold In Egypt

The area of Egypt we now call Nubia follows the River Nile from Aswan, 350km south to the town of Dabba, near the Fourth Cataract and the Sudanese border.

It is thought that the name Nubia may be derived from the ancient Egyptian word for gold, ‘nbu’, as it was from this land that Egypt obtained most of its rich source of gold and Nubia was the passage from ancient Egypt to the exotic African lands farther south.

Many pharaohs built small temples and fortresses along the banks of the Nile in Nubia and exported ebony, ivory, incense and precious metals and minerals back to Egypt, as well as Nubian slaves.

Throughout Egyptian history Nubia has been alternatively an enemy or a conquered race, apart from a brief period in Dynasty XXV, when the Nubian (or Kushite) kings rose to rule Egypt as pharaohs.

The Nubia Museum harbors the history of the “Land of Gold” as the word Nubia in the Hieroglyphic, language of ancient Egypt in which pictorial symbols are used to represent meaning and sounds, means the “Land of Gold”…Hence, this land, over times, was abounding in monumental treasures.

Preparing Nubian Museum lasted for ten years, all dedicated for hard work to come up with such lovely museum. Let alone, it stands as a wonderful model of international cultural cooperation representing in United Nations Educational, Scientific, and Cultural Organization (UNESCO).

In April 6 th, 1959, the Egyptian government appealed to the United Nations Educational, Cultural, and Scientific Organization (UNESCO), seeking help to salvage the monumental sites in Nubia, hence, the area between Aswan and the Sudan was inundated by the Nile waters especially after completing the Aswan Dam.

The response of the (UNESCO), in fact, came fast, as it called upon the international community to contribute to this project.

Since then, (UNESCO) has been a key player in the archaeological field in Egypt.

In no time, the executive committee, comprising representative of 15 member states, was set up, and was commissioned with studying technical, monumental and financial reports with the aim of providing the (UNESCO) with basic information required to effectively implement the project.

The (UNESCO), obviously, has contributed much to nudging the entire world to pay more attention to saving such invaluable monuments. By the end of 1975, and as a result of this relentless support on the part of the (UNESCO), the donations influx – contributed by 24 countries – amounted to $ 123304.

Unsurprisingly then that the operation of saving the Nubian monuments was described as the greatest in the history of saving monuments.

The operation, as known, included dismantling Abu Simbel Temple, inter alia, moving it to another area to be reassembled once again. Abu Simbel Temple was completely dismantled to 1036 pieces, each with average of 7 to 30 tons, as they were rebuilt on the top of the mountain overlooking the genuine spots, drawn by the ancient Egyptians 3000 years ago.

The world outcry, however, was translated into many concrete actions; donations to salvage the deteriorated-condition monuments, a number of excavation missions – which pursued their tasks in such hard conditions in areas extend 500 kilometres along the Nile banks.

A number of 40 missions have taken part in this great but difficult job, unearthing several priceless treasures dating back to pre-history times; Pharaonic, Greek, Roman, Islamic and Coptic.

Fossils, which were discovered during excavations, undoubtedly provided full knowledge about Nubian life and its development along ages.

In January, 1975, the General Egyptian Authority for Antiquities submitted a request to the (UNESCO) seeking the organisation’s assistance to preserve the ancient Egyptian monuments, through establishing a city for museums harbouring a cluster of open museums with a view to displaying rare and wonderful monuments of various ages.

Being the main supporter to save the Nubian monuments, the (UNESCO) approved this request, and entrusted the executive committee, responsible for salvaging operations, with assuming the tasks of this new project.

Since February, 1981, a number of symposiums and seminars was held for contribution to this great project. It was the first time in the history of the (USECO) to decide launching an international campaign to establish local museum. This, however, could be ascribed to the magnificent monumental treasures Egypt has.

On February 4 th, 1986, the foundation stone of the Nubian museum was laid down, playing new effective role that was derived from the spring of culture and civilization at both home and international levels.

To the Egyptians, the museum is to display life over centuries. As for foreign visitors, the museum will show the history of such unique area, as a source of knowledge for researchers from around the globe.

The International Nubian Museum is located in Aswan on an area of 50,000 square meters, 7000 of which are excluded to building, while the rest designed to be the yard of the museum.

The building has three floors for displaying and housing, in addition to a library and information center. The largest part of the museum is occupied by the monumental pieces, reflecting phases of the development of the Nubian culture and civilization.

The open-door exhibition includes 90 rare monumental pieces, while the internal halls contain 50 invaluable pieces dating back to the pre-history times, 503 pieces belong to Pharaonic time, 52 of Coptic era, 103 of Islamic age, 140 of Nubian time, in addition to 360 pieces having the tang of Aswan.

The work in this unique edifice lasted for 11 years straight, and cost LE 60 million.

The Nubian Museum gained this unique position simply because it harbors unique monuments not in any elsewhere.

It houses the statute of Ramsis II, which was laid at the very forefront of the Museum, statute of Amenras the spiritual wife of Amen, she is of Nubian origin.

It, also, has the head of the Shpatka, of the Nubian origin, made of rosy granite, head of black granite of Tahraqa, the Nubian King, whose reign during the 7th century BC was said to be full of prosperity. There is a temple of his name with gold-plated pillars.

There are, also, four mummies for nobles, which were found in Kashmatkh town in Nubia.

The museum, as well, houses several models and styles of the Nubian heritage, the panorama of the Nile, depicting live image of the River Nile streaming through its banks.

There is also a model for the Nubian-style house, typically copied to mirror the nature of life in Nubia.

All pieces exhibited in the museum reflect the character of the Nubia over history and display how it merged with the Islamic civilization on one hand and the mother civilization of Egypt on the other.

So, the Nubian Museum plays vital role not only at the level of promoting Nubia to the entire world but also at the level of maintaining monuments and supporting researchers, interested in Nubia, from around the globe.

This, however could be achieved through the museum’s study center and the documentation centers which publish more information on the “Land of Gold” in Egypt, the past, the present and the future.

Nubian Museum, which hosts 3000 monumental pieces of several times, ranks tenth in the list of the museums inaugurated in Egypt over the past three years.

An array of important museums, however, has been inaugurated; Mohamed Nagui Museum, Modern Egyptian Art Museum, Museum of Mohamed Mahmoud Khalil and his wife, Museum of Ahmed Desouki, Port Said Museum for Modern Arts, Taha Hussein Museum, and the Mummification Museum in Luxor.

The Nubian Museum is situated east of the Old Cataract Hotel, at the southern entrance to the town and about half an hour’s walk from the town centre. You should allow yourself at least two hours for a quick tour if you want to see all the exhibits, but I have found several visits are necessary to take it all in properly.