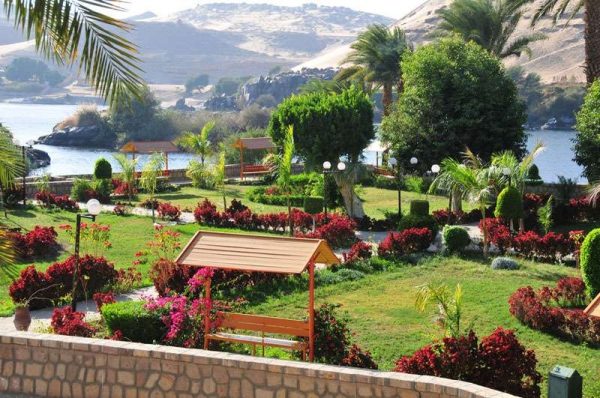 Kitchener’s Island In Aswan : The peaceful paradise In Egypt

Kitchener’s Island is one of two major islands on the Nile in vicinity of Aswan, the other one being Elephantine.

It is officially known as Island of Plants, but the most common name refers to Consul general Kitchener, who was given this island in 1890, and established a botanical garden here through the early 20th century.

The garden holds plants that are imported from all corners of the world, and attracts a splendid bird life.

An oval-shaped island in the Nile at Aswan was given to Lord Horatio Kitchener in the 1890s for his part in the Sudanese campaigns while he was the Egyptian Consul.

Kitchener, who was a keen gardener turned his island home into a botanical garden, importing exotic plants and trees which flourished in the Aswan climate.

The botanical garden was constructed in 1899 under the supervision of the Ministry of Irrigation and turned into an experimental station for plants from equatorial regions in 1928.

Alongside the native trees and plants of Aswan such as the Sycamore Fig and the Date Palm, many trees were brought from abroad and cultivated for use in the timber industry. Experimental oil and fruit crops were also propagated on the island by the Ministry of Agriculture.

The visitor to Kitchener’s Island today will find a peaceful paradise, full of shady trees, beautiful flowers and unusual plants among the paved walkways.

The island is a haven for rare exotic birds of many kinds and their colorful plumage can be glimpsed in the branches of most of the trees.

It is the perfect place for an afternoon stroll or contemplation during an otherwise hectic holiday. There is a cafeteria on the southern end of the island.

The island is now owned by the Egyptian government and there is a biological research station at its southern end which is not open to visitors. Now known as ‘Plantation Island’, it is also variously called Plant Island or Geziret el-Nabatat.

The research station is able to supply rare tropical plants and timber trees to many parts of the world.

Opening Hours: The garden opens 7.00 and closes late in the afternoon