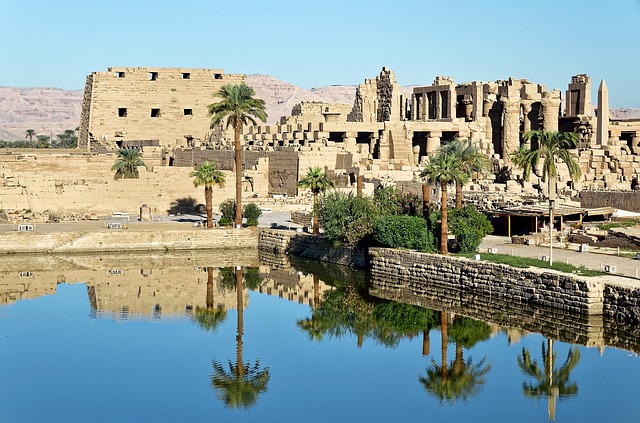 Luxor is unique among the cities of the world. Wherever you tread, you feel you are experiencing the past and the present at one and the same time

it is a Governorate in Upper (southern) Egypt. There is hardly a place in the city that does not have a relic that tells of the grandeur of the Ancient Egyptians several thousand years ago.

The city is part of ancient Thebes: ‘the one hundred-gated city’ As the site of the ancient Egyptian city of Thebes, it has frequently been characterized as the “world’s greatest open air museum”.

Immediately opposite, across the Nile River, lie the monuments, temples and tombs on the West Bank Necropolis, which include the Valley of the Kings and Valley of the Queens. Thousands of international tourists arrive annually to visit these monuments, contributing a large part towards the economy for the modern city.

Medinet Habu | Ankh | This ancient site was associated with Amun in his form as a creator and fertility god, and was imagined to be the location of the primeval mound of creation. It lies directly...

Valley of the Queens : Exploring The Tombs of Pharaohs Wives

Luxor Temple Founded perhaps as early as the reign of Ahmose, but begun certainly by the time of Hatshepsut, Luxor Temple was constructed primarily during the reigns of Amenhotep III and Ramesses II...

Ramesseum : The Memorial Temple of The Great King Ramesses II

The Ramesseum is the memorial temple of the great warrior king Ramesses II. One of the largest and best-preserved of these temples, this “Mansion of Millions of Years” contains the fallen...

Karnak Temple : The Largest Religious Site Of The Ancient World

Karnak Temple , located on the East Bank at Thebes Luxor, is one of Egypt’s largest surviving temple precincts. Founded in the Middle Kingdom, it had become Egypt’s principal religious center by the...

Hatshepsut Temple | Deir El Bahari | Ankh | The site of Deir El Bahari is located on the western bank of the Nile almost directly opposite Karnak Temple in Luxor. Sacred to the goddess Hathor, this...

Valley of the Kings : Fascinating Facts About Pharaohs Tombs